The laws of physics make the prospect of finding and communicating with intelligent extra-terrestrial life seemingly impossible. Yet, "Ancient Alien Theorists" continue to find evidence of strange beings discovered in the distant (and not so distant) past. Although no direct evidence that aliens can travel immense distances has been found, it's a curious prospect.

Let's consider this "light physics" for a moment.

Many, many thousands of encounters with aliens have been recorded. Many of these reports indicate aliens can walk through walls or levitate people through the roof into a spaceship. Assuming our understanding of physics is correct, these things are nearly impossible. But let's consider the matter for a moment.

The Limit of Light Physics

What happens when matter is compressed to infinite density? A Black Hole forms. The term Black Hole means the laws of light physics break down. The term Black Hole is curious. Although it is not possible to see the interior of a Black Hole, it is likely full of light swirling to its demise. Therefore, even the most extreme example of physics we can perceive is black on the outside, but light on the inside.

Ok, so these are the "facts". Maybe, maybe not. In reality, they are theories, some of which are proven using scientific experiments, some are yet to be proven. Let's suppose the extreme of light physics is just a doorway to dark physics. How dark physics behaves is unknown and probably not understandable by light beings. But its existence is known. The amount of dark energy and dark matter far outweighs the amount of light matter and energy. Suppose dark matter and energy are the blood and blood vessels of the light world. A light being could travel with impunity across the cosmos along these highways. The limits of light physics are no longer limits, if the ability to move between the dark and light worlds were possible.

Travel between light and dark is basically travel between dimensions. Appearing, disappearing and movement though solid matter would be possible. Is a Black Hole an inter-dimensional gateway the other side of which is a White Hole?

What really happens when entering a Black Hole? Nobody knows, but it is assumed that infinite density would destroy anything that comes in contact with a Black Hole. Even approaching it should result in spaghettification.

Maybe something else happens. It is known that matter behaves very strangely when highly compressed or when traveling at high speed. The Big Bang itself was possibly the rebound of a "big crunch". Imagine all of the matter in the Universe collapsing into a single point. Under these extreme conditions, the very fabric of space itself is reached. Matter can bounce off this barrier.

What happens if matter bounces back at the same rate as it is entering? The back pressure could negate the pressure of the incoming matter. If these are the conditions in a Black Hole, matter may not be crushed, it could just floating in a soup. A soup of Dark Matter and Dark Energy. Travel could in this soup could be as easy as travel in the light dimension. Travel toward the center would result in emission from a White Hole, in a vastly different location, possibly even a different dimension or universe.

Traveling back through a White Hole to return through a Black Hole is highly unlikely. To return to the same universe would require traveling though another Black Hole that is emitted to the original universe. Again, in a vastly different location and time.

Using Black Holes to pop out of a White Hole as transportation for extraterrestrials seems an unlikely method of traveling to and from specific locations. Another method should be considered.

Light to Dark and Back Again

Dark Energy and Matter is pervasive and invisible. A Black Hole is hot. Very, very hot. It seems an unlikely place for Dark Matter to exist. Maybe removing all of the energy from a light body will convert it to a dark body. "Movement" of Dark Matter would occur in response to Dark Energy. An energy that does not heat the body, but merely moves it, like magnetism.

If it were possible to remove all light energy from a body, basically all vibration would cease. A light body would turn into a dark body and disappear. It is known that freezing a person would result in water turning into ice, which expands and destroys the cells. This is what happens under normal atmospheric conditions, i.e. 16 PSI. At higher or lower pressures, it's possible for matter to change state much differently. Maybe water can be converted to a solid without expanding and destroying the cells. Using the correct pressure and energy removal method, could result in an arrangement of matter that maintains the integrity of the light body, but is in fact dark. The introduction of vibration under the correct pressure could reverse the process.

This seems plausible... maybe it's a good basis for a story.

These theories are not even really theories, basically conjecture and fiction. Is it so far fetched that it cannot be fact? I'll leave that up to you and time to decide.

Are writing this story, (which is basically a thought experiment, not really a theory), I discovered this story which seems to support part of this concept:

This is also a theory, but interesting that it's closer to fact than my thought experiment. Is it fact? 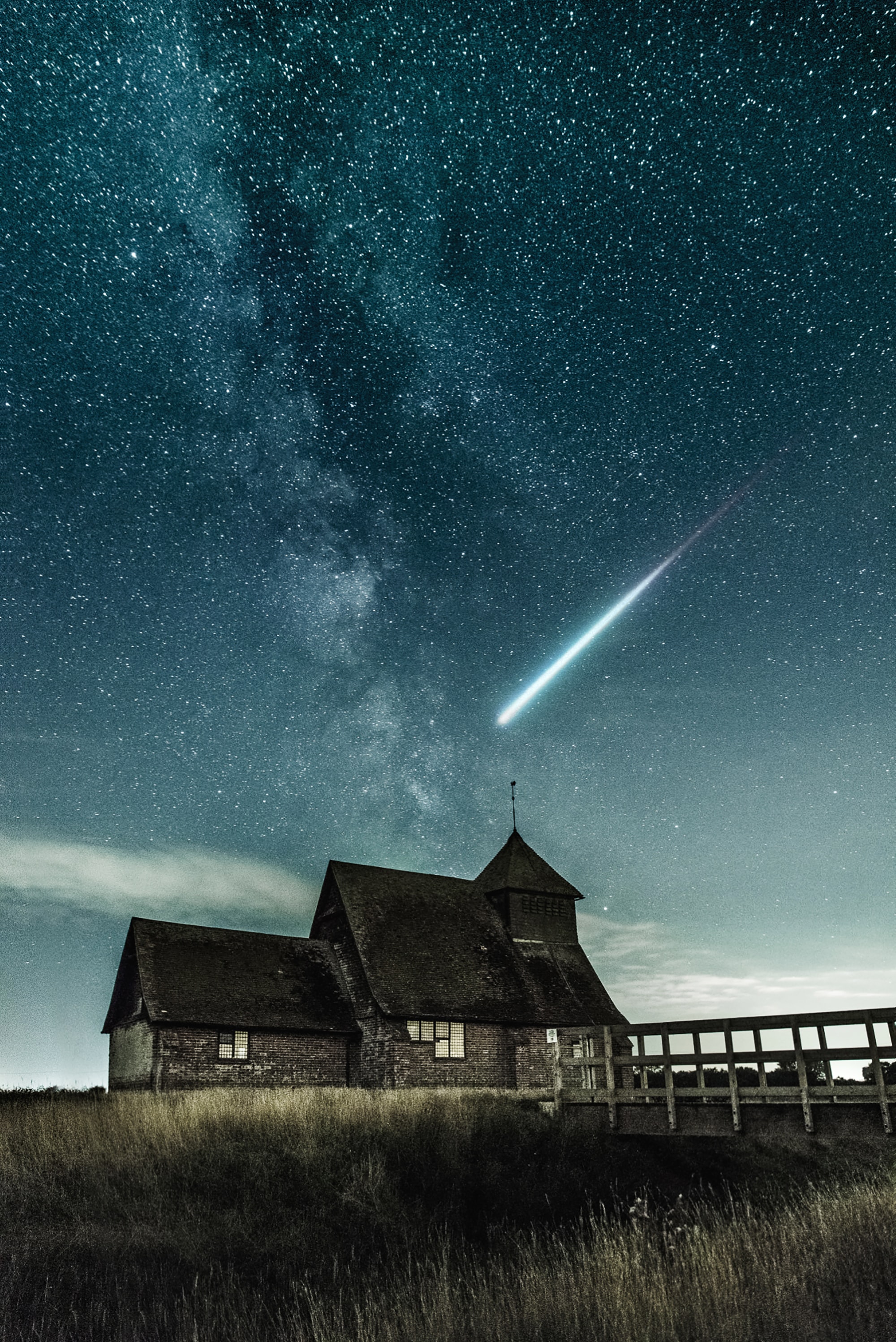 You may think an asteroid strike is never going to happen. Maybe not, but a huge explosion is but one of many ways these celestial harbingers wreak havoc on our planet.

Let's reminisce about the 1950s and '60 s for a moment. Is history repeating itself?